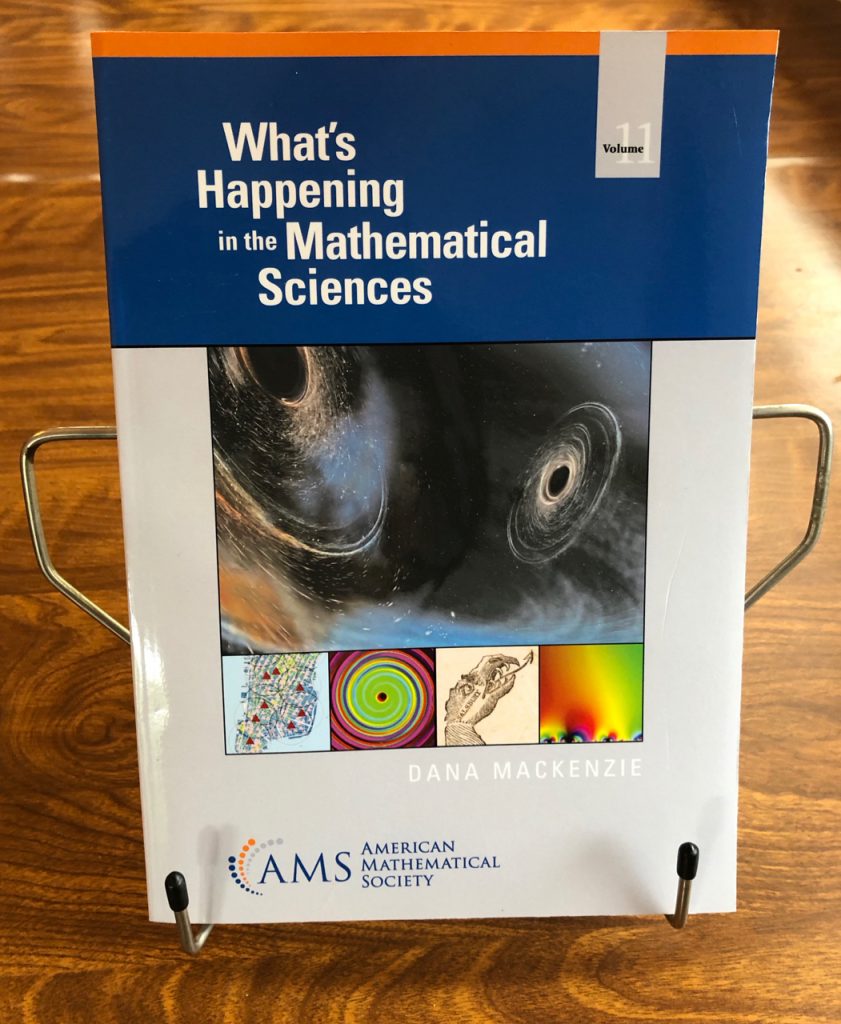 I’d like to announce the newest addition to the Mackenzie book collection! What’s Happening in the Mathematical Sciences (WHIMS) is an ongoing series published by the American Mathematical Society, about… well, just what the title says: current and recent events in mathematics. This is the eleventh volume in the series, six of which I have written or co-written. The nine topics I chose for this volume were:

As you can see, I tried to cover a broad spectrum of applied and pure mathematics. The chapters also have a range of difficulty, from topics a high-school student can easily understand to some that are at the level of a college math major. However, even with the more difficult topics I try always to show the “big picture” of why it matters, and I try to stick to Einstein’s dictum, to make it “as simple as possible, but not simpler.” The book has many color illustrations, which I think are part of the series’ appeal.

WHIMS volume 11 does not appear to be available yet on Amazon, but it is available through the American Mathematical Society’s website, $25 for non-members and $20 for members.

This book is a bit of a personal landmark for me, as it is my tenth published book. I never expected to get to double digits! The significance of this landmark dawned on me recently, when I decided to compile a list of all the book published by graduates of the Science Communication Program at UC Santa Cruz. It was quite an eye-opening list. At the end I tallied up a “leaderboard” of the most prolific alumni book writers, and I was quite surprised by who came in #4.

While I have no chance of ever catching the overachievers who are ahead of me, it made me feel pretty good to realize that out of 350+ graduates in the program’s 38-year-history, only three have published more books than me. By the way, I strongly recommend Emily Sohn’s books! She writes pictorial books or cartoon books on science for youngsters. I have to think that some of those 57 books may have changed lives, by getting kids excited about science at an early age.

Finally, here’s one more look at my latest book. All of my books have to pass the sniff test! 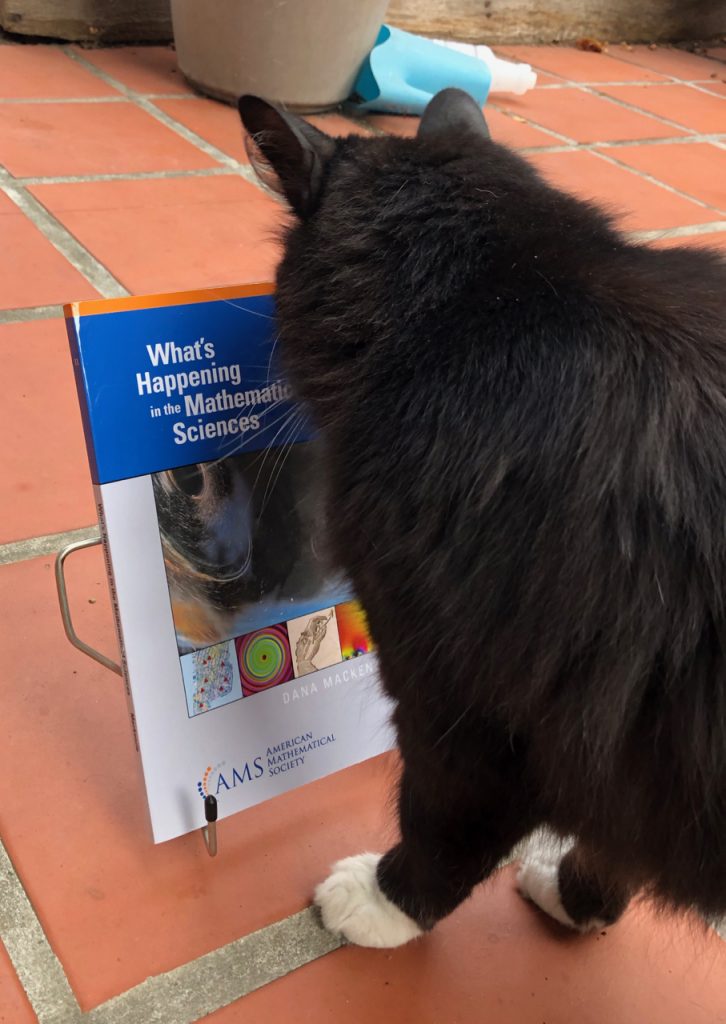