I Wanna Be a Paperback Writer … 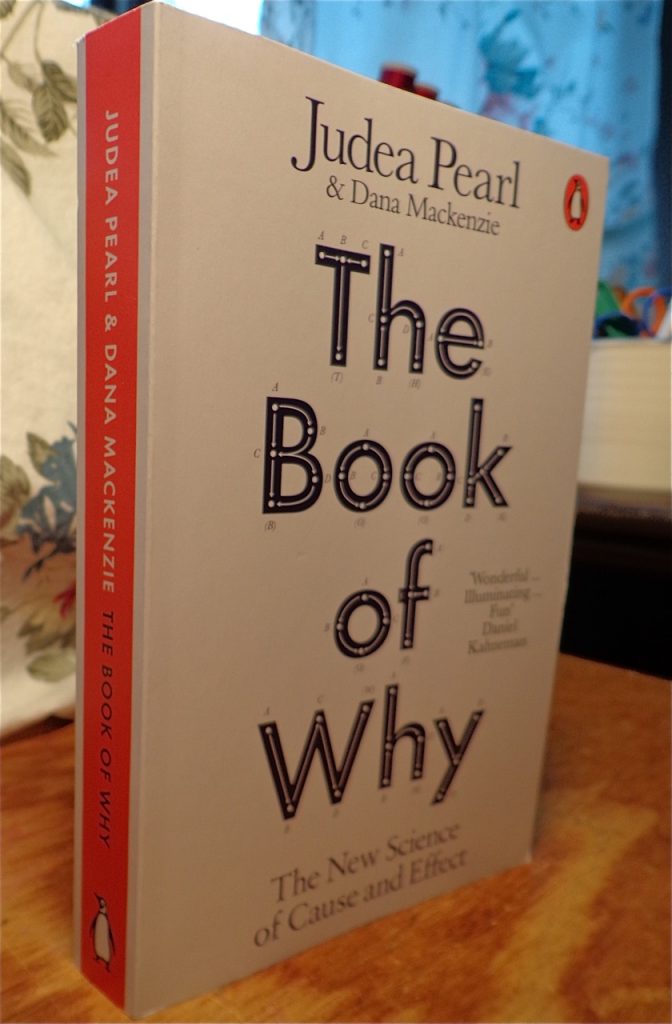 Last week I got a package in the mail from England: ten copies of the paperback edition of The Book of Why! The occasion brought to mind that goofy old Beatles song, Paperback Writer. In fact, I’ve been waiting quite a long time to be a “paperback writer.”

My first book, The Big Splat, never sold enough to make it to paperback. My editor at Wiley told me that to be even considered for a paperback, it would have to sell 8000 copies. Ten years later it sputtered out and died at around 7500 copies sold.

My second book, The Universe in Zero Words (now renamed The Story of Mathematics in 24 Equations) did make it to paperback, but under somewhat odd circumstances that make it hard for me to think of it as a true success. I’ll spare you the full details, but Elwin Street (the London publisher) took back the rights from Princeton University Press so that they could publish a paperback in the U.K. The book now has no U.S. publisher. It was more bad news than good news, in my opinion, because I really liked publishing with Princeton University Press.

And that brings us to The Book of Why, which has been all good news, all the time! Penguin UK, the British publisher, is releasing a paperback version on May 2. Note that this edition cannot be sold in the U.S. If you go to Amazon and try to buy it, and give them a U.S. address, I don’t think they will sell it to you.

So I am now going to be a paperback writer twice over in the U.K., but I am still not a paperback writer in the U.S.! According to our editor at Basic Books, the U.S. publisher of The Book of Why, their paperback version is scheduled for release in February 2020. I probably should not say too much about the reasons, but if any of you are wondering whether the sales are weak, the answer is no — in fact, it’s quite the opposite. The book continues to sell very well, and the editor is very happy with it. But as I said, the decision on when to go to paperback is a business decision, and the publishing business has changed in some obvious and less obvious ways. It’s no longer automatic that a successful book will come out in paperback after a year in hardback.

Which means, for my friends and readers in the U.S., if you’ve been saying, “I’ll wait for the paperback,” you probably shouldn’t. February 2020 is a long time away. I would recommend either buying the hardback, or taking a trip to England (a very good idea anyway!) and buying the Penguin paperback.

P.S. One good thing about buying the paperback is that you are getting the definitive, corrected version. If you are in the U.S. and you purchased the hardback, you should check the copyright page and see what the number of the printing is. If it is the fifth printing or later, it has been updated with very minor corrections and revisions. If you have a fourth printing or earlier, it is the original version, and we can send you a list of errata upon request.