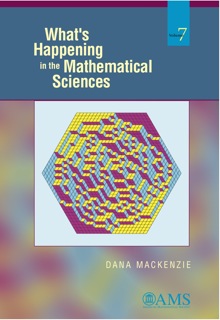 What’s Happening in the Mathematical Sciences, Volume 7 covers the period from 2006 to 2008. Below is an annotated table of contents.

Cover picture: A random tiling of a hexagon by lozenges. (See Chapter 4.)