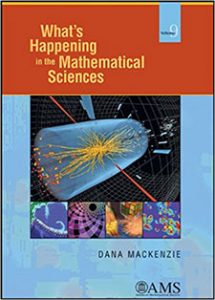 What’s Happening in the Mathematical Sciences, Volume 9 covers the years from 2010 to 2012. Below is an annotated table of contents.