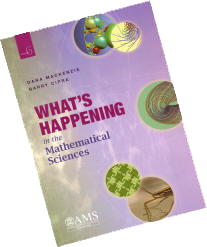 What’s Happening in the Mathematical Sciences, Vol. 6 covers roughly the period from 2000 to 2006, and it was co-written by Barry Cipra and me. Here is an annotated version of the table of contents.