Art from The Book of Why

One of the most fun things about writing The Book of Why was the opportunity to work with two talented artists, Maayan Harel and Dakota Harr. This gallery gives you a sample of their work. For more information, please visit their individual websites: 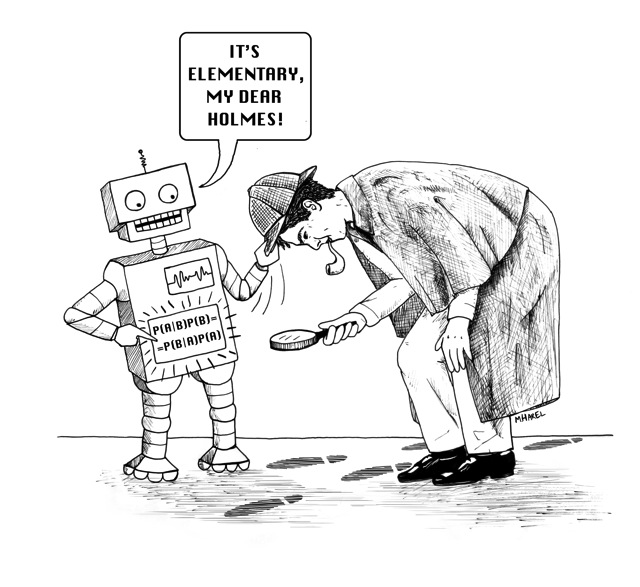 Sherlock Holmes meets his modern counterpart — a robot equipped with a Bayesian network. In different ways they are both tackling the question of how to infer causes from evidence. The formula on the screen is Bayes’ Rule; Bayesian networks were invented and named by my co-author, Judea Pearl. Drawing by Maayan Harel, whose cute robot I totally want to take home with me. 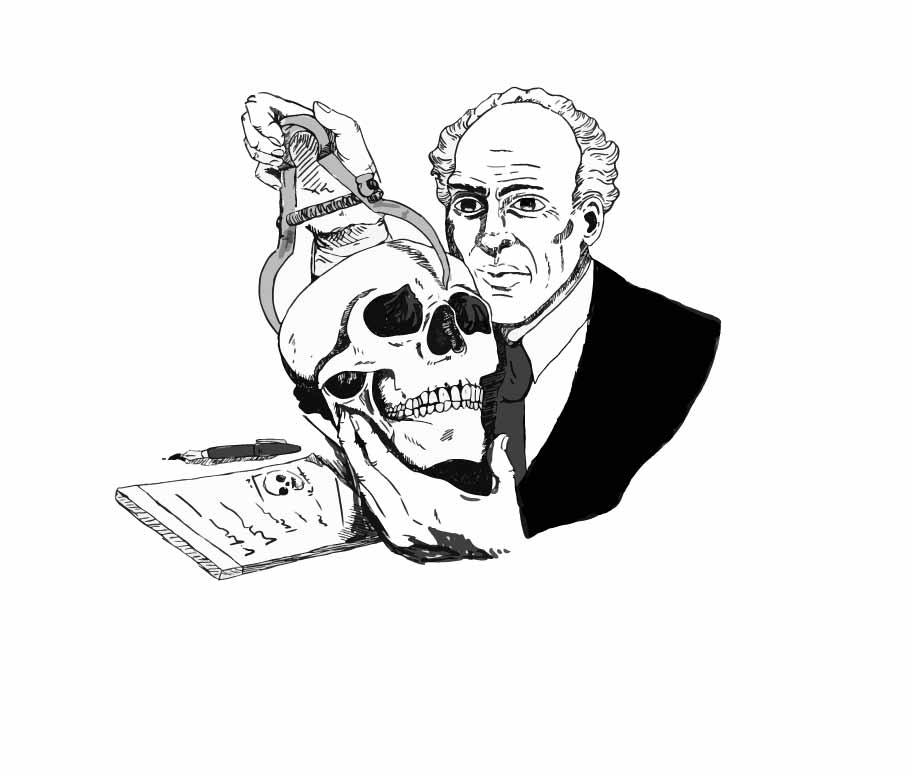 In this portrait, Dakota Harr whimsically imagines Karl Pearson as a Hamlet-like figure. Pearson plays a central role in The Book of Why, because he was to a considerable degree responsible for expunging causal language from statistics. He categorically insisted that causality has no scientific meaning, and that statistics should limit itself to the extraction of patterns from data. Pearson was fascinated by craniometry and did a study of the skulls in the Paris Catacombs, so this portrait is not too far-fetched! 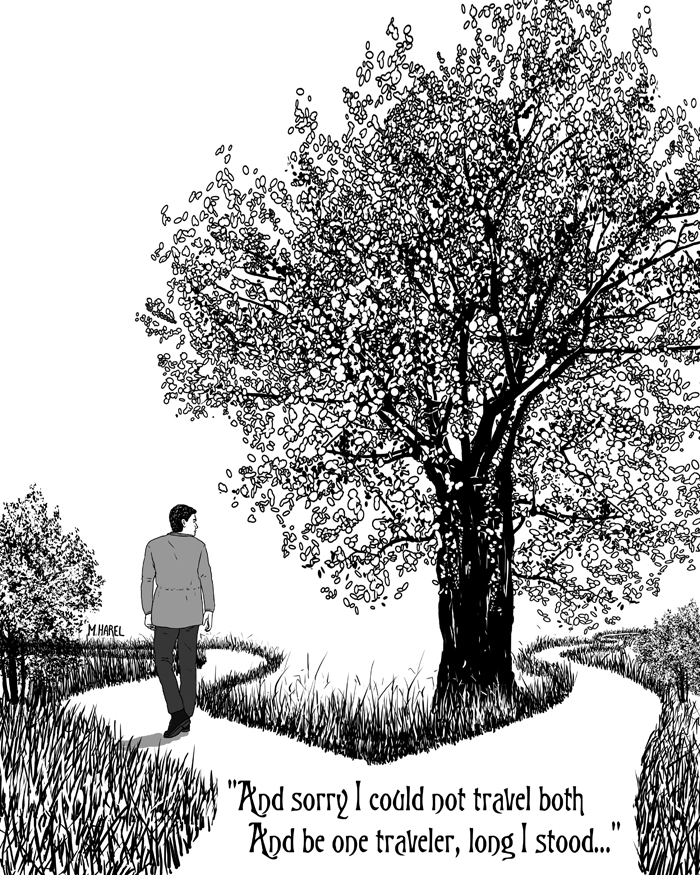 Counterfactuals (the Path Not Taken)

Robert Frost’s poem expresses a concept that is central to causal reasoning: counterfactuals, or “might-have-beens.” If I had taken the other path in the woods, how would my life have been different? Maayan Harel beautifully illustrates this age-old question — which, with a sufficiently well-defined causal model, can be given a scientific answer. 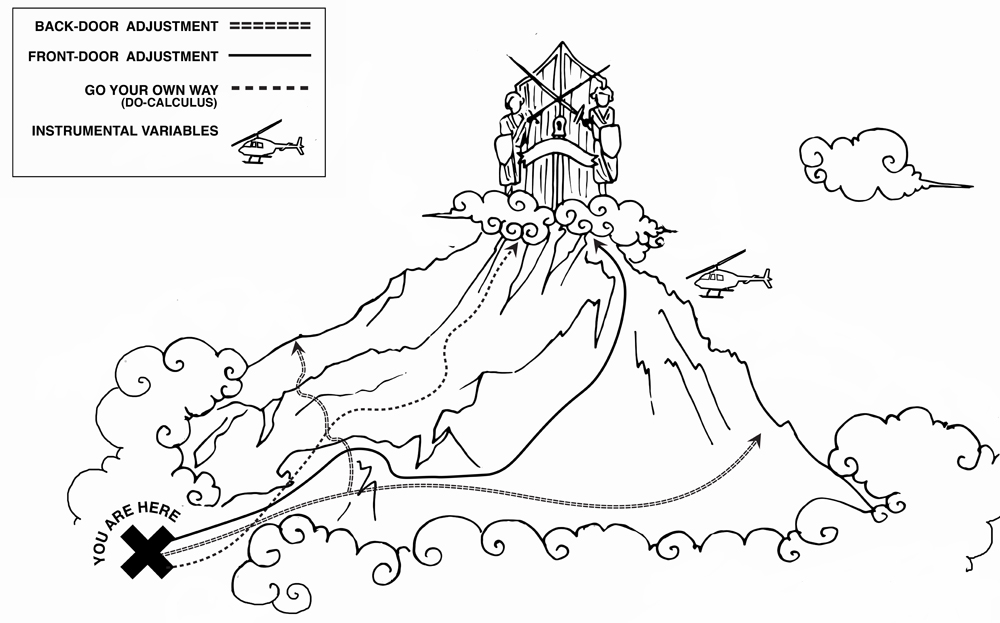 To be useful for decision-making, a causal model should be able to predict the result of an intervention. For example, if I raise tariffs on olives, what will be the effect on the price of olive oil? In this “map” drawn by Dakota Harr, we offer four different routes toward answering such questions. Two of them (front-door adjustment and do-calculus) were discovered by my co-author, Judea Pearl, and his students.

This gallery contains a selection of other illustrations that have accompanied my writing over the years, most by other people. Some images did not appear in my articles but still seem irresistible to me. 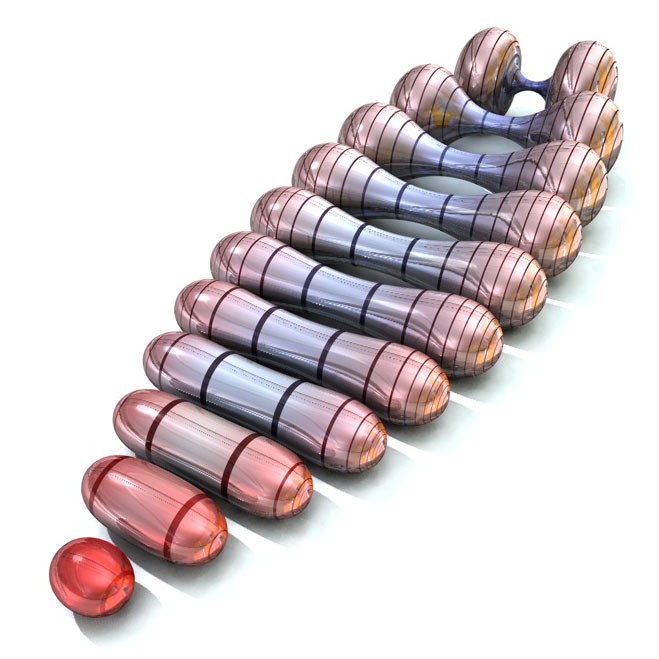 In 2006, Science magazine named Grigory Perelman’s proof of the Poincare Conjecture the Breakthrough of the Year. A key technique in Perelman’s work is Ricci flow, which “rounds out” surfaces with complicated curvature so that they become uniform. Here, Ricci flow causes a 2-dimensional dumbbell-shaped surface to round out into a sphere. Art by Cameron Slayden, www.cosmocyte.com. From “The Poincare Conjecture — Proved” by Dana Mackenzie, Science, 22 December 2006, p. 1848. (Also featured on the cover.) 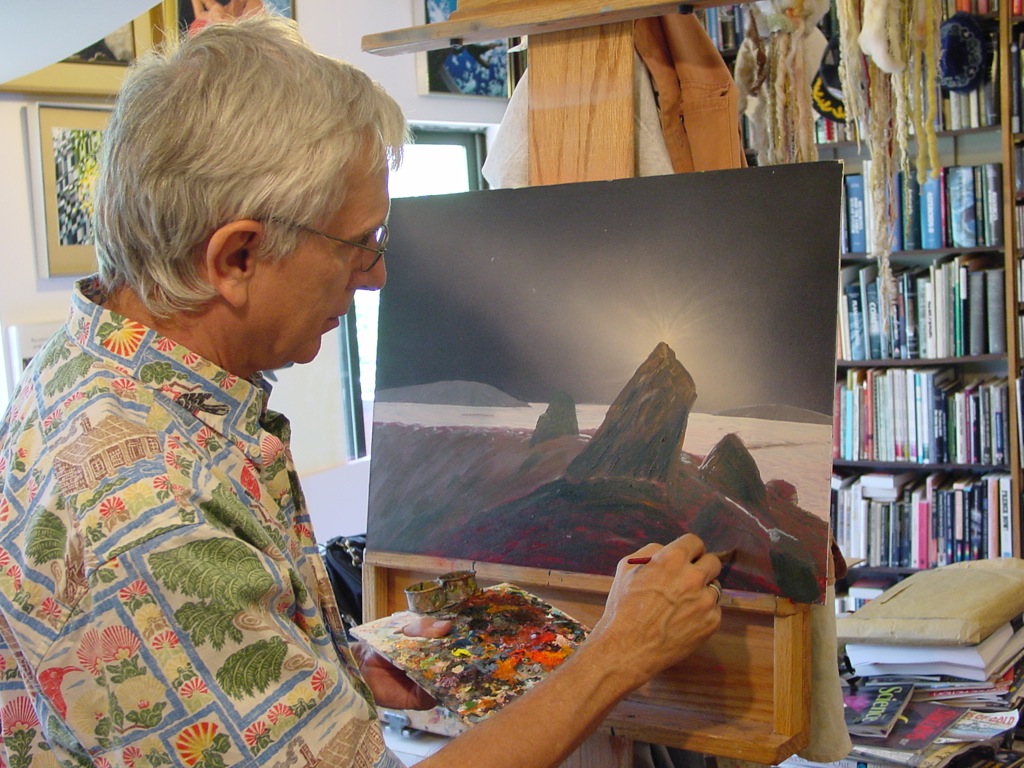 Planetary scientist, artist, and writer Bill Hartmann is a pivotal figure in my book The Big Splat, or How Our Moon Came to Be. Hartmann proposed the giant impact theory of the moon’s formation, which is now accepted by most experts. In fact, it is believed that most of the planets experienced giant impacts during their formation, which accounts for the diversity of their inclinations, rotational periods, and of course moons. In part, Hartmann credits his artistic temperament for his discovery, because it makes him look at the big picture that other scientists sometimes miss. Here, he is painting an exoplanet in his studio in Tucson, Arizona. 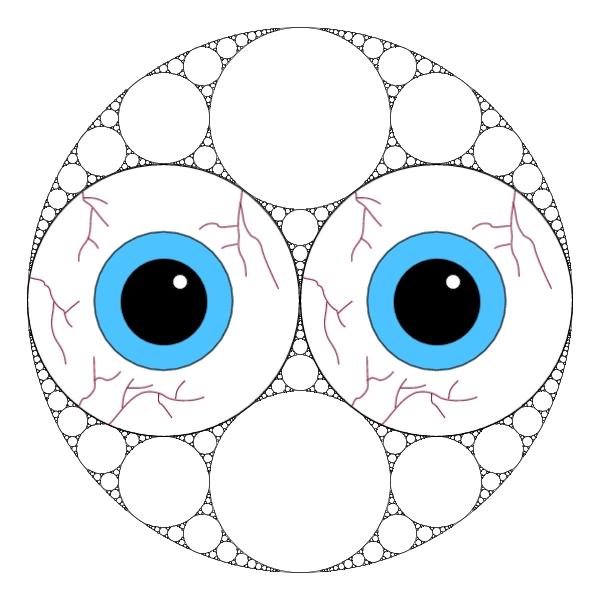 This picture, without the buggy eyes, appeared in my prize-winning article “A Tisket, A Tasket, An Apollonian Gasket,” which appeared in the January 2010 issue of American Scientist. It shows an Apollonian gasket, which results when three circles are drawn mutually tangent to one another and then the pores between them are filled with new circles ad infinitum. In this gasket, nicknamed “bugeye” by Princeton undergraduate Katherine Sanden (who drew the picture), the first three circles have radius 1, 1/2, and 1/2. The next two have radius 1/3, then the next four have radius 1/6, the next four have radius 1/11, and so on. Is there a pattern?