The Book of Why

It’s unlikely that you struggled to answer any of these questions. Yet many data scientists would declare them out of bounds — not answerable in any rigorous, scientific fashion. The Book of Why is about giving scientists (and everyone else) the tools to answer questions about causes and effects, such as “Does smoking cause cancer?” or “Was this heat wave caused by global warming?” Until recently, scientists and statisticians have observed a self-imposed taboo against speaking about causation, preferring to use the term “correlation” — which falls short of proving anything. Judea Pearl’s work has shattered this taboo and shown that questions about causation can be given mathematically rigorous answers. In this book we explain the simple procedures that he and other researchers in causation have devised. The Book of Why will replace “Of course we can’t answer that” with “Of course we can.” Publication Date: May 2018. 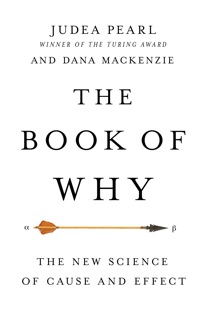 “Judea Pearl has been the heart and soul of a revolution in artificial intelligence and computer science more broadly… He is an Alan Turing of our time.”

Pearl’s accomplishments over the last 30 years have provided the theoretical basis for progress in artificial intelligence… and they have redefined the term “thinking machine.” JUDEA PEARL, Professor of Computer Science at UCLA, has been at the forefront of not one but two scientific revolutions. In the 1980s, he introduced a new approach to artificial intelligence called Bayesian networks. Since 1990, his principled, mathematical approach to causality has made new insights possible in almost every field of science and social science. The Book of Why brings these ideas for the first time to a mass audience. Pearl was the winner of the 2011 Turing Award, often considered the “Nobel Prize of computing.”

DANA MACKENZIE, a mathematician turned science writer, is the author of The Big Splat, or How Our Moon Came to Be (2003) and The Universe in Zero Words (2012). The former book was named an Editor’s Choice by Booklist, and the latter was a finalist for the 2017 Premio Asimov (Asimov Prize) in Italy. In addition, Mackenzie has written several volumes of What’s Happening in the Mathematical Sciences, an ongoing series published by the American Mathematical Society.

More about The Book of Why The Story of Mathematics in 24 Equations

For readers in the U.K., my book The Universe in Zero Words has been re-issued under a new title and with a beautiful new cover. Please check out The Story of Mathematics in 24 Equations! The Big Splat, or How Our Moon Came to Be

A history of lunar science, focusing on the biggest scientific question of the Apollo missions: Where did the moon come from? Published by Wiley, 2003. Named an Editor’s Choice for 2003 by Booklist and an Audiobook of the Year for 2010 by Audible.com. 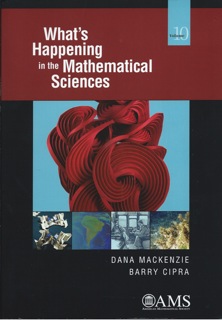 Published by American Mathematical Society, 2006-2015. Volumes 6 and 10 co-written with Barry Cipra, volumes 7-9 written entirely by me. Click here to read descriptions (including complete table of contents) for all ten volumes. Volume 9 seems to be unavailable from AMS Bookstore (link is broken). Buy a used copy from Amazon. Published by American Mathematical Society, 2006-2015. Volumes 6 and 10 co-written with Barry Cipra, volumes 7-9 written entirely by me. Click here to read descriptions (including complete table of contents) for all ten volumes. Volume 8 is unfortunately sold out at the AMS Bookstore. Buy a used copy from Amazon.